I would like to start by asking you this question: What image do you cut of yourself? It is positive or negative? I am asking you because of the way some people see themselves. When I was a child, my father used to tell me to go to a barber’s (shop) close to his office for my haircut. On this fateful day, my younger brother and I got to the shop but the barber was not around. We only met an old man who was his friend. Suddenly, the barber’s friend started lamenting his poor financial condition, cursing himself for having despicable destiny, saying he knew he could not make it in life again. As if that was not enough, he said he would challenge God the day they would meet, for having made him a “financially” poor man. I was shocked when he mentioned God. That is why the scene has remained indelible in my mind ever since then.

What is God’s fault in how somebody now lives his or her own life on earth here after He (God) has created him or her? Negative self-image can cause anything, including lack of confidence in public speaking. (Check my Wednesday Business Communication column on Public Speaking.) You see, the poorest man on earth is the man without an idea and the most frustrated is the man with potential that is never realised. Little wonder then that it is said that the richest place on earth is the cemetery. Why? Because this is where you have people buried with their latent potential. And the invisible epitaph on their graves will read “Potential unrealised”. Myles Munroe, a multi-talented international speaker, teacher and evangelist says every human creature has been conceived by destiny, packaged with potential and proclaimed by purpose to live a meaningful and fulfilling life. This means that deep within you lies a seed of greatness and success hitching for germination and harvest. You have the ability to accomplish your God-given purpose, but allowing your talent or ability to manifest is your responsibility.

“Self-” words of perception

At this analytical juncture, let us examine some “Self-” words regarding human perception, to reinforce our understanding. Longman Dictionary of Contemporary English 2005 edition defines “Self-image” as “the idea that you have of yourself, especially of your abilities, character, and appearance”. It adds that depression affects people with a poor self-image. Another synonymous word is “Self-respect”, defined as “a feeling of being happy about your character, abilities, and beliefs”. We also have “Self-worth”, defined as “the feeling that you deserve to be liked and respected”. There is also “Self-esteem”, defined as “the feeling of being satisfied with your own abilities, and that you deserve to be liked or respected”. Though these words are synonymous, they are not always semantically co-extensive. That is, it is not every time that these words are accurately interchangeable because their meanings are in layers. It is like “Receive” and “Collect”. You can say “I receive/collect two books from him every day”. But in the expression “The houseboys receive ten dirty slaps every morning”, you cannot interchange “receive” with “collect” and say “The houseboys collect ten dirty slaps every morning”. This shows that their meanings do not extend or stretch the same way in all situations.

Self-image determines efficacy of self-respect, self-worth and self-esteem. This is because if you do not have a good idea of yourself, you cannot have a positive feeling and even demand respect from other people. Based on the meanings of these words, it can be said that from a positive self-image, you climb the rungs of perception ladder to self-respect, which is still limited to yourself. From self-respect, you graduate to self-worth, which is about feeling that you have to be respected and liked by others. From self-worth, you move to self-esteem which is the highest rung of the self-perception ladder. It is combination of being satisfied with yourself (self-respect) and expectation of respect and liking from others (self-worth). Two-in-one, you would say.

Dr. Norman Vincent Peale, author of The Positive Way to Change Your Life says there is a tendency in human beings to ultimately become precisely like that which we imagine or image ourselves as being. Peale stresses that imaging is positive thinking carried one step further. He adds that we are what we think, and while a positive attitude of mind can literally change one’s life, a negative frame of mind will ultimately lead to destruction. This motivational speaker says the concept of imaging is a form of mental activity that consists of vividly picturing in your conscious mind, a desired goal or objective, and holding that image until it sinks into your unconscious mind, where it releases great, untapped energies.

Another dimension to self-image

Another dimension to self-image is its effect on stress. In his famous masterpiece tagged PsychoCybernetics, Maxwell Maltz says self-image is our “conception of the sort of person we are”. Medical experts educate that perception of your own value and competence is crucial to how you deal with challenges and your capacity to handle stress. They reflect that if you value yourself and have a realistic sense of your own abilities and competence, you are likely to feel good about yourself and this will help you deal with stress in a confident way. However, according to them, if you feel worthless and incompetent, you will have less confidence in your ability to face challenges in a productive way. They say most people’s feelings and thoughts about themselves fluctuate somewhat based on their daily experiences, stressing that the worthiness component of self-esteem is more than feeling good with oneself.

Steven Berglas, in his concept of Chronic Time Abuse published in Harvard Business Review says a related theory about the origins of perfectionism (the act of wanting to do something in an extremely and often abnormally perfect way), concentrates on the development of self-esteem. Berglas adds that a cardinal law of psychiatry is that parents must respond to a child with respect and empathy if he or she is to acquire a healthy sense of self-worth in life. He says, “Otherwise, the child will develop narcissistic vulnerabilities that drive the person to seek escape through grandiose fantasies and a sense of entitlement.”

As regards the importance of the self-image to personal development, Dr.Walter Doyle Staples, author of Power to Win says, “Personal development is important from a personal and professional point of view. Your happiness depends on it, as does the happiness of those close to you… Your self-image is an integral part of your personality, and it is your idea of who and what you think you are. It is the private opinion you hold of yourself in light of your past successes and failures. The way you think about yourself is very much dependent on your ability to exercise personal power successfully in your life.”

Without positive self-image, it will be difficult to have the positive mental attitude that is critical to your success in life. It will also be very difficult if not impossible for you to successfully climb the self-perception ladder that leads to enduring success. Therefore, bid negative self-image farewell today so that prosperity can be yours.

This site uses Akismet to reduce spam. Learn how your comment data is processed. 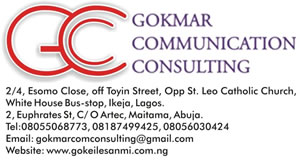